Why I walked with Rahul Gandhi in the Bharat Jodo Yatra

With all his visibility, Rahul has to become a leader and visionary with a new moral grit to fight the RSS/BJP and revive the Congress. He cannot do that as PM candidate. I wanted to see whether a new Rahul is in the making.

byKancha Ilaiah Shepherd
A A 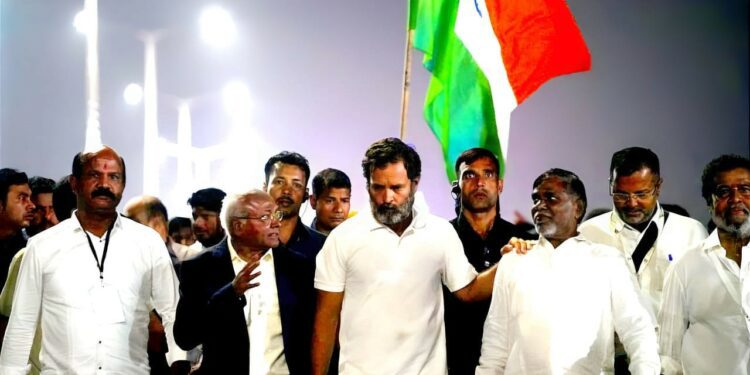 On the morning of 1 November, I suddenly got a call from Koppula Raju. He asked me, “Why don’t you walk with Rahul Gandhi [in the ongoing Bharat Jodo Yatra]?”

I know Koppula Raju from his days as Kurnool collector in the 1980s, when I was a civil rights activist. He stood by the Madduru Dalit land struggle and I had to meet him to get the land pattas for Dalits several times. He was the only collector who used to take civil rights activists in his official car to the victim’s village and talk to them in my presence. He helped them as much as he could and they got the land.

I never was in any Congress committee or commission such as the knowledge commission headed by Sam Pitroda, or national advisory council that included former bureaucrats such as Harsh Mander and NGO leaders such as Aruna Roy. Nor did I seek a central university vice-chancellor position when they were in power from 2004 to 2014. But when the Delhi university proposed to ban my books from the political science curriculum in 2018, Rahul Gandhi as the president of the Congress condemned it in unequivocal terms.

I decided to walk with him as this yatra has a greater national purpose.

On 2 November, the Bharat Jodo Yatra was crossing Hyderabad city on its way to Kamareddy. I was asked to join Rahul after Medchal town by his organising team. It was their evening session after the lunch break.

From the Bharat Heavy Electronic Limited (BHEL) crossroads, the yatra started an hour earlier. A huge number of people lined up to have a glimpse of him on both sides of the road. There were old women, men, and children on either side of the road. There were also Congress leaders and workers of the area with flags and badges of Bharat Jodo in hands and on their bodies.

The Bharat Jodo Yatra is taking place in the backdrop of Rahul and his mother getting grilled by the ED. He has been getting attacked by the BJP leaders as a dynast, pappu, prince, foreign tourist, and so on.

With all his visibility, he has to become a leader and visionary with a new moral grit to fight the RSS/BJP and revive the Congress. He cannot do that as PM candidate. That will give the ruling opponents the opportunity to use the old cliche of dynasty. He has to emerge a very powerful moral leader from the yatra. I wanted to see whether a new Rahul is in the making as I was walking.

Rahul Gandhi and the language debate

One good thing that the party and Rahul did was that they started the yatra from down South and went through all the southern states.

The support for federal rights and opposition against the RSS/BJP imposition of Hindi and so on is deeper in the southern states. Most of them want to keep the medium of instruction in the education system bilingual, with both the state language and English.

Already two states — Andhra Pradesh and Telangana — have adopted English medium from class one to higher education. They have overcome the legal hurdles. This was a great achievement for SC/ST/OBCs. But they are facing determined Hindi imposition from Delhi.

Rahul was educated in English medium private schools and did his higher education abroad. Narendra Modi and Amit Shah can speak in Gujarati and Hindi well. Many times, the subjective elements play a role in policymaking even for a nation.

I wanted to talk along the walk about Rahul’s view of the ongoing language tussle. The Congress so far has not made clear its policy on bilingual education for all children in the country.

The idea of gradual elimination of English from India as Modi and Amit Shah and also some Lohiaites like Yogendra Yadav (who is supporting the Bharat Jodo padayatra) are planning for the education system will kill all the new hopes of rural and urban poor.

These forces are not opposing English medium education in the private sector — a system that the Congress itself put in place.

So far the Telangana Congress also has not been given direction by the Congress high command on English medium in government schools. The danger of them changing the present system, if they come to power, is very much there. I wanted him to be clear on this issue.

In our discussion, he said it needs a “mass high-end English training for all teachers as a first step, followed by the second step”. I told him that was done in Andhra Pradesh and Telangana and that the school books are printed in mirror image mode, where the student and teacher could read both versions to teach and learn. In other states too, that will be the job of the state governments. If they come to power in Kerala and Karnataka, they should follow the Andhra-Telangana model. Rahul said, “In principle, I am not opposed to the English medium in government schools.”

That position is enough to checkmate the RSS/BJP Hindi imposition at the national level. And in future, the Hindi-English issue is going to be a key battleground between the South and North.

Related: From Kerala to Karnataka, yatra has changed & it isn’t just the crowds

Rahul seems to have got an impression after walking through Tamil Nadu, Kerala, Karnataka, Andhra, and Telangana that even in the deeper rural areas, the South is far more developed than the North. It is because of the prevalence of a better education and health system in the South that its development is far better.

After this long padayatra from South to North, Rahul will have to help the Congress rework its ideology of development in the North as well. The North Indian welfare schemes do not match the South Indian ones.

The deep superstitious life of North Indians has become a helpful ground for the RSS/BJP to garner more votes. Religious sentiments but not good educational aspirations of the people work in favour of the RSS ideology. There, the temple is still central but not the school. There is a resentment towards the English language, which is part of the RSS ideology.

Rahul needs to take a bold position on the educational agenda and fight the RSS/BJP backward nationalism with futuristic nationalism — better modern education and improved welfarism. He has to carefully establish positive relations with regional parties even to make the Congress a powerful national alternative to the RSS/BJP and slowly assimilate them into the Congress.

The RSS/BJP freebies myth has to be fought without compromise.

As the prime ministerial candidate, which Mallikarjun Kharge and other Congress leaders want him to be, he cannot push the RSS/BJP into a crisis. Only as a moral leader, like Mahatma Gandhi during the freedom struggle from that very party, can he do that. During the Bharat Jodo padayatra, Rahul has been showing such signs.

(Kancha Ilaiah Shepherd is an Indian author, activist and columnist. His well-known books include Why I am Not a Hindu, Post-Hindu India, and God As Political Philosopher. He has written extensively about the need for English medium education in all government schools and also the relationship between spiritual democracy and political democracy) 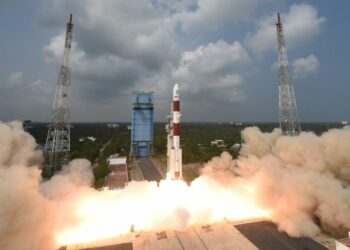 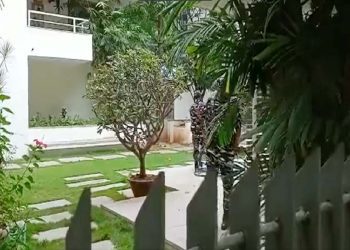 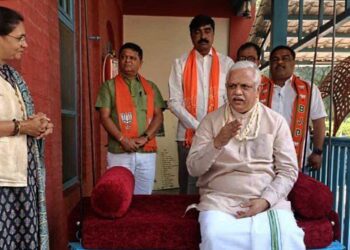 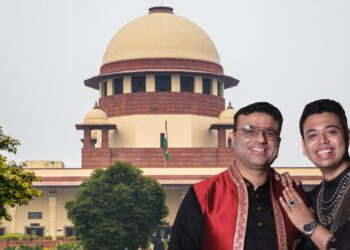 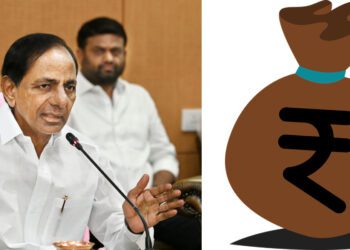 Congress leaders should not bypass any party forums: Thiruvanchoor Radhakrishnan