The dugong population has declined due to hunting. A coral taxonomist reveals that a fishermen once offered to hunt a dugong for him if he paid ₹18,000. 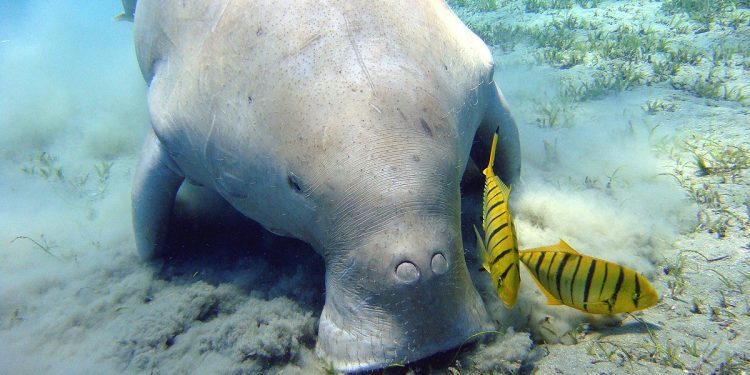 The Dugong reserve in Palk Bay, covering the coastal waters of Thanjavur and Pudukkottai districts, is spread over an area of 448 sq km (Supplied)

Plump with a dolphin fluke-like tail, Dugongs, commonly called sea cows, are slowly becoming extinct in India as they are being hunted for their meat and oil. To protect them, the Tamil Nadu government has issued a gazette notification setting up the nation’s first Dugong conservation reserve in Palk Bay.

The Dugong reserve in Palk Bay, covering the coastal waters of Thanjavur and Pudukkottai districts, is spread over an area of 448 sq km.

Coral taxonomist Chowdula Satyanarayana welcomed the state government’s move to save the habitat from further degradation as the dugong population has steeply declined in the country.

Satyanarayana told South First that the decrease in the dugong population is not due to the lack of seagrass but was because of hunting.

“Dugongs have to come to the sea’s surface to breathe, and upon reaching it, they get entangled in the nets used for illegal hunting,” said the coral taxonomist who has more than 30 years of experience in his field.

In its press release, the Tamil Nadu government said that there are 240 dugongs estimated to be present in the country and the majority are found on the Tamil Nadu coast in the Palk Bay. Across the world, the dugong population is estimated to have dwindled to just 30,000.

Earlier this year, the state government ensured that Tamil Nadu had the most Ramsar sites in India, with 13 wetlands receiving the coveted international tag this year.

Satyanarayana said that even though the state government has consulted local fishermen and coastal communities, it must also ensure strict protection and monitor activities where these large marine mammals are present.

He further wondered whether coastal communities would adhere to the government’s order.

It must be noted that Schedule 1 of the Wild Life (Protection) Act, 1972, already protects the large marine mammals along with other endangered animals, and illegal hunting will land offenders behind bars for seven years, along with a ₹1 lakh fine. But this clearly hasn’t helped.

“In 1998, a fisherman asked us to pay ₹18,000 to hunt a dugong when we were there for one of our projects. I was masquerading as someone, and the fishermen asked me this,” Satyanarayana said.

However, the state government said the coastal communities understand the need to protect dugongs and cooperate with the forest service on conservation efforts. 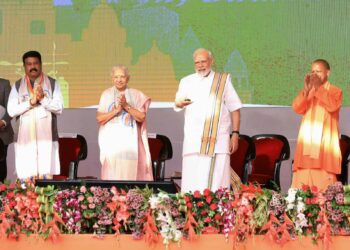