Home » Health » BF.7: All you need to know about the Omicron subvariant which is causing distress in China

BF.7: All you need to know about the Omicron subvariant which is causing distress in China 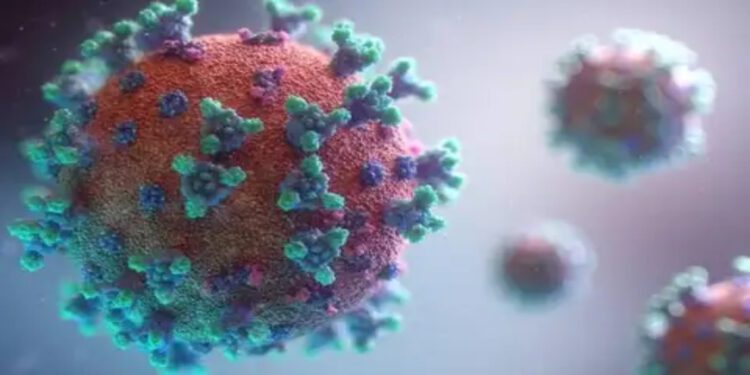 Three cases of Omicron subvariant BF.7, the strain apparently driving China’s current surge of Covid-19 cases, have been detected in India so far.

The first case of BF.7 in India was detected in October by the Gujarat Biotechnology Research Centre.

Meanwhile, the Karnataka government is starting to screen international fliers at the Bengaluru airport.

Doctors, meanwhile, have urged caution, and asked people to stay updated with the booster dose of the Covid-19 vaccination.

In the meantime, Chinese cities are currently hit by the highly transmissible Omicron strain, mostly BF.7, which is the main variant spreading in Beijing and is contributing to a wider surge of Covid infections in that country.

30) 📍UPDATE—China 🇨🇳’s chief epidemiologist now says that “the worst is yet to come”, @selinawangtv. There will likely be 3 big 🇨🇳 #COVID19 waves coming—this is just the first. ➡️Next big wave will come after the Lunar new year travels in late January!pic.twitter.com/ULM89h2Eq3

The Omicron subvariant BF.7 was first detected in Northwest China.

It is extremely fast-spreading and has already been detected in several other countries, including the US, the UK, and European nations such as Belgium, Germany, France, and Denmark.

It can cause severe infection among masses since Omicron BF.7 is a sub-lineage of the Omicron variant BA.5 and has the strongest infection ability: It is highly transmissible, has a shorter incubation period, and has a higher capacity to cause reinfection or infect even those vaccinated.

“The BF.7’s high transmissibility in China might be attributed to a low level of immunity in the Chinese population from the previous infection and possibly vaccination too,” a Union health ministry official said. It spreads alarmingly fast (R0 > 10).

In a study, it was found that BF.7 sub-variant has a 4.4-fold higher neutralisation resistance.

But BF7 died down in UK and other countries. It most likely cannot cause severe disease in the countries already affected by #Omicron. India is one.

What about the situation in India?

In the Covid-19 review meeting chaired by Union Health Minister Mansukh Mandaviya on Wednesday, experts said although there is no overall increase in the Covid-19 caseload as of now, there is a need for continued surveillance to keep track of existing and emerging variants.

“We have already faced a wave of the Omicron variant in our country, when lakhs of cases were reported. We have built our immunity with vaccination and after getting infected. So the risk is very low, but people should not take it easy. If there is any symptom, follow the protocol,” Dr Kiran Madhala from the Government Medical College in Nizamabad, Hyderabad, told South First.

“The second wave was the worst in our country, but we are probably not going to see such a situation because of massive infection plus rapid vaccination. We have hybrid immunity. China is struggling with the virus since 2020 and because of the zero covid strategies their immunity is not like our hybrid immunity. They will face situations like our second wave,” Dr Sanjeev Chandra, a cardiologist in Hyderabad, told South First.

“If there is a new Covid-19 wave in our country, it will be like the third wave: the number of cases will be high but hospital admissions will be very low,” he added.

“The way cases are rising in China, it seems that this wave won’t last for more than a month or two there,” he said.

The following are common symptoms of the BF.7 subvariant: