India is right now in better position, but needs to step up surveillance and administration of booster doses, experts told South First. 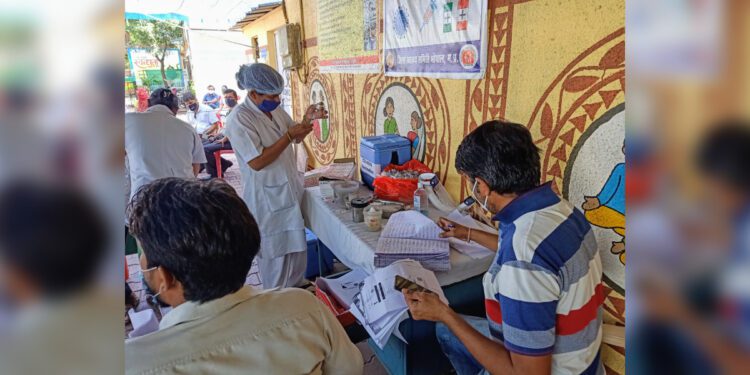 Amidst concerns over the increase in Covid-19 cases in China, the Karnataka government has decided to screen international passengers at the Bengaluru international airport.

He added: “We will have to take certain precautionary measures in the wake of the global situation.”

He also said: “KIAL (the Kempegowda International Airport in Bengaluru) has a high inflow of international passengers. Will start screening passengers there.”

Officially, Covid-19 has been the cause of death for at least 5.31 lakh people in India since the infection began spreading in the country in 2020.

However, with the new infection numbers down now, other effects of Covid-19, like bone death, are starting to surface.

Meanwhile, the Union Health Ministry held a high-level meeting of the Covid-19 task force on Wednesday morning where the situation was reviewed.

After the meeting, the ministry directed states to send samples of all new Covid-19 cases for genome-sequencing.

The Karnataka government has decided to implement this and the samples will be sent for genome sequencing to labs attached to the INSA Indian SARS-CoV-2 Genomics Consortium (INSACOG).

Sudhakar told reporters in Belagavi said, “As per the Union government’s direction, measures have been taken to send the samples for genome sequencing to trace new variants.”

Mishra, who is working on Waste Water Surveillance for SARS-CoV-2 along with the Karnataka government and the BBMP in Bengaluru, stressed the need for upping surveillance.

He added: “We have sufficiently strong immunity by way of natural infection and vaccination. What we should do now is increase testing of individuals so that we can sequence more clinical samples.”

Mishra explained: “We are already doing waste-water surveillance and sequencing of genomes, and have a general idea of what kind of variants are occurring in at least Bengaluru and some of the other cities. There is nothing to worry at the moment but these things can change.”

He added: “But we need to sequence more individual samples as that has slowed down as we thought that we are done with Covid-19.”

Why China situation is a concern for India

Meanwhile, speaking exclusively to South First, noted epidemiologist and the Karnataka government’s Technical Advisory Committee for Covid 19 member Dr Giridhara Babu said the situation was definitely a cause for concern for China and its citizens.

The reason, he explained, was that after the first wave, China did not witness any other wave kind of a situation, especially the way India and many other countries did.

“This has not provided them with natural infection and also the indigenous vaccines used by China have not been so effective. As a result, a vast majority of the Chinese population is at the risk of getting the infection. Whatever Delta was to us, it is the Omicron and its subvariants to China,” said Babu.

This is a concern for India, said the experts.

Babu explained: “We now know that the moment a virus starts circulating widely at a very fast rate, it also has more opportunities to change it’s nature of spread, infection rate, hospitalisation, etc. So, we need to be tracking the changes occurring in China and the implications for spreading in other countries including India.”

Meanwhile Dr Vinod Scaria, a scientist at CSIR’s Institute of Genomics and Integrative Biology, said, “While Covid-19 spread across the rest of the world, infecting and killing millions of people, and putting healthcare infrastructure to the brim of their capacities, China remained isolated, contained the spread, and remained an outlier in many aspects.”

#COVID19 in #China.
What we know and what we don’t.
A long thread, summarizing my thoughts, which I hope to keep updated over the coming weeks. pic.twitter.com/tuaaSlNpP7

However, the surge in China means “apart from the massive economic and political issues, this would mean that the virus has a massive new opportunity to evolve in many more ways. This might create newer variants which might trigger the next wave of infections,” he tweeted.

Is India in a better position than China?

He explained that while India and many other countries lost many lives due to Covid-19, China, despite it’s population, had been successful in keeping the number low.

“This is quite a scary situation to be in. A large number of people have not been vaccinated in China,”
said Mishra.

“We have our surveillance infrastructure in place, but testing has to be increased and the surveillance needs to start happening in a robust way,” he added.

“This will then allow us to track variants and the change in symptoms the variants are achieving if there is increasing hospitalisation, deaths etc. Then, this becomes easier for India to keep Covid-19 under control,” he explained.

The experts stressed the need for a booster dose and its coverage in India is still low.

Asked about apprehensions of heart attacks and other hesitancy amongst people in taking the booster dose, Babu stated: “We should be looking at evidence on which vaccine works and what kind of booster policy has been there all over the world. Amongst the vaccines India has, a well-researched study from CMC Vellore clearly documents that both Covishield and Covaxin give a better immune response when given as boosters.”

He added: “This is research from India by a reputed institution, so we should be taking this as the base for expanding the booster coverage. During the second wave, the fear of death and hospitalisation acted as a facotr in increasing vaccination coverage. This is unfortunate. We don’t need such negative tools to improve vaccination coverage. So it is time for communities and governments to work together and expand the booster coverage.”

This is especially disheartening, in view of the fact that there are now approved nasal vaccines in the market.

Adding to this, Jayadevan said there are still few who are not vaccinated with even primary or secondary doses, and that could prove fatal to them if they get infected with Covid-19.

He stressed that vulnerable individuals need not necessarily mean elderly people but it also includes adults with medical conditions.

“If you are clinically vulnerable and an adult then you have to get the vaccines,” he said.

Meanwhile, Mishra said the side effects of a Covid-19 infection are more than those of vaccines, so we should not get confused and wait for virus to trouble us. 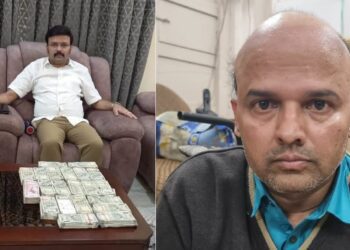