BL Santhosh has been asked to appear before the SIT on 21 November at its office in the Hyderabad City Police Commissionerate. 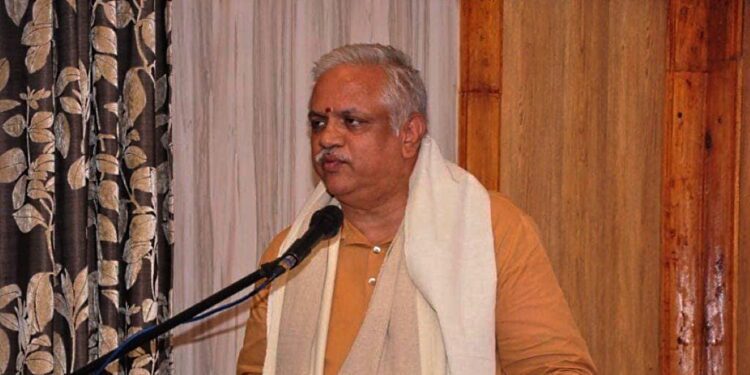 In a move that may have far-reaching political consequences, the special investigation team (SIT) probing the Cash for MLAs case has sent a notice to BJP national general secretary (organisation) BL Santhosh.

The saffron party leader has been asked to appear before the SIT on 21 November at its office located at the Command Control Centre of the Hyderabad City Police Commissionerate in the Banjara Hills area of Hyderabad city.

The notice, dated 16 November and signed by B Gangadhar, the investigating officer of the rank of assistant commissioner of police, warned the BJP leader that in the event of his failure to comply with the notice, he would be liable to be arrested under Section 41-A (3) and (4) of CrPC.

The SIT, which is now working under the direct supervision of a single-judge bench of the Telangana High Court, said it had reasonable grounds to question him to ascertain facts and circumstances from him in relation to the investigation into the case registered at the Moinabad Police Station.

What did the notice say?

The notice, while referring to the high court’s order bringing the investigation under the supervision of the single-judge bench, quoted the division bench as saying: “Learned single judge shall monitor the investigation and on the basis of materials including progress of investigation to be submitted before him in sealed cover by the SIT from time to time, as may be directed, may pass such order as may be deemed fit and proper. [sic]”

The notice also said that Santhosh should not commit any offence in future and would not tamper with the evidence in the case in any manner whatsoever.

It added that he should not make any threat, inducement, or promise to any persons acquainted with the facts of the case so as to dissuade them from disclosing such facts to the court or to the police officer.

He has also been asked to appear before the court as and when required or directed.

He has to produce all relevant documents and materials required for the purpose of the investigation, and should not allow in any manner the destruction of any evidence — documentary, electronic, or otherwise — relevant to the investigation of the case.

He is also barred from travelling out of the country without intimation to and permission from the investigation officer or the jurisdictional court.

He was also asked to bring his mobile phone with a specified IMEI number without tampering or deleting any information in the device from the time of the receipt of this notice.