In his petition, Santhosh argued that his name was not mentioned in the complaint that TRS MLA Pilot Rohith Reddy had lodged with the police. 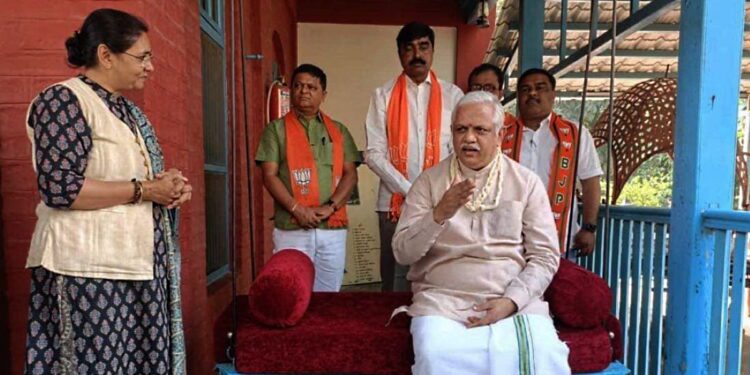 In a significant development, the Telangana High Court on Friday, 25 November, stayed the serving of a notice served on BJP national general secretary BL Santhosh to appear before the Special Investigation Team (SIT) in the Cash-for-MLAs case till 5 December.

In his petition, Santhosh argued that his name was not mentioned in the complaint that TRS MLA Pilot Rohith Reddy had lodged with the police.

Santhosh’s counsel asked how he could be called to appear before the SIT when his name was not mentioned in the complaint. Counsel also asked how the police could name him as an accused in the case without evidence.

The SIT, on a direction from the high court, sent a notice to the BJP leader under section 41 (A) of the CrPC, for the second time on Wednesday, to appear before it (SIT) either on November 26 or 27.

The BJP leader moved a lunch motion on Friday, requesting the court to quash the notice.

Earlier in the day, Narasapuram MP (AP) Raghurama Krishnaraju said in Delhi that he had received a notice from the SIT to appear before it on 29 November.

He told reporters that the SIT issued the notice after a campaign of calumny was carried out against him that he was part of the attempt to poach the TRS leaders. He said he would not do harm to Telangana Chief Minister K Chandrashekar Rao even in his wildest dreams.

Of the four, only Srinivas appeared before the SIT for three days in a row while others gave it a miss.

Meanwhile, the special court for ACB cases extended the remand for the three accused in the case till 9 December after they were produced in the court. Later, they were taken back to Chanchalguda jail.

In a related development, the three accused persons moved a bail petition in the high court, which will come up for hearing on Saturday.

Meanwhile, two others who have been issued notices by the SIT appeared before it. Lawyer Pratap Goud and Chitralekha, wife of one of the accused Nanda Kumar, appeared before the SIT on Friday.

The police supsect that Pratap Goud had financial dealings with Nanda Kumar and that they travelled together. The high court provided immunity to Goud from arrest on Thursday.

The SIT officials grilled Chitralekha on Nanda Kumar’s business. The police found that some of the questionable transactions of Nanda Kumar took place through her bank account.

The police issued notices to five more persons. They are Jaggu Swami’s brother Manilal, and his staff Sarath, Prashanth, Vimal, and Pratapan.