Food poisoning in Telangana government educational institutions: The need for a social audit

Till date in 2022, at least 830 students have faced food poisoning in Telangana government educational institutions. What can the government do? 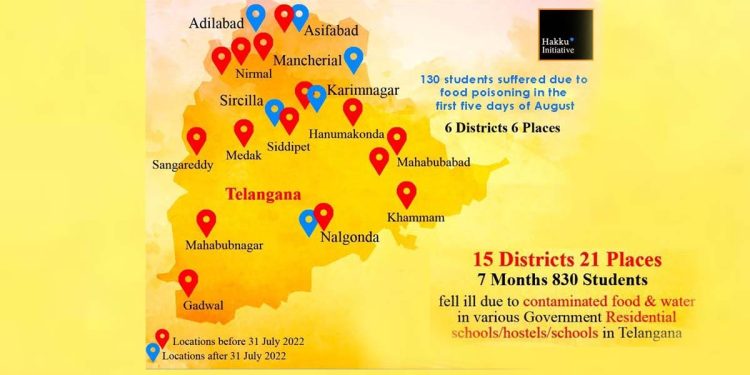 Students in government educational institutions in Telangana are paying with their health.

Hundreds have suffered food poisoning in recent months in Telangana, and many of them belong to minority communities, scheduled, tribal, and backward castes. Insects and worms have been reported in food in hostel mess and canteens, in addition to negligence of sanitation and safety.

Yet, this crisis has not led to reforms of the system, on which more than 27 lakh students in schools and colleges depend.

As a solution, a mandatory weekly social audit of food, or a ‘food audit’, can be performed to maintain quality and identify risks to the health of students.

While a social audit has been used to assess the mid-day meal scheme, there is a need to extend it to all state educational institutions. Before discussing the audit components, the following are the contours of the present crisis.

In the first five days of August 2022, over 130 students suffered food poisoning in Telangana government educational institutions. During this period, on an average, 26 students per day fell ill due to bad food and water.

These cases confirmed the concerns raised by students of IIIT-Basara in Nirmal district, who have been agitating for basic facilities for months.

Till date in 2022, over 830 students have faced food poisoning in Telangana, and many had to be hospitalised. Cases are spread across the state in 15 districts and belong to 21 institutions (see image at the top of the article). The numbers are based on media reports in Telugu and English, print and television news sources, and are compiled by the research organisation Hakku Initiative, Hyderabad.

1) Students fear complaining against the administration.

3) School/college administrations draw up their own rules to limit publicity. For these reasons, the actual number of cases may be far higher than those reported in the media.

Weakest sections affected the most

The deprived sections are hurt the most due to food poisoning in educational institutions in Telangana. Here are the numbers:

2) More than 67,000 students are in 204 institutions of the Telangana Minorities Residential Educational Institutions Society. (p. 173).

3) Over 1,10,000 students are in the Kasturba Gandhi Balika Vidyalaya (KGBV) residential schools for girls.

Decline in percentage allocation to education in Telangana budget

Faults revealed in past social audits

Below are some findings:

1) ‘The cooking and serving area are very dirty and we found non-hygienic conditions’.

2) Many schools did not have safe drinking water.

3) Salt and mirchi powder were stored in ‘loose papers on the floor’.

4) In ‘almost all schools, rice was wet, hard or incompletely cooked’.

6) Students complained of ‘stomach ache and motions due to MDM…’

A social audit of food, or a food audit, that is extended to all educational institutions and not just confined to mid-day meals in schools can help in monitoring, and coming up with remedies and reforms. Following are the proposed components:

a) A social audit committee can consist of representatives of parents, students, and administration of educational institutions.

b) Members can be on rotation to provide all of them an opportunity to assess the conditions.

c) A social audit must be performed at least once a week, to start with.

d) Any report should be publicised and all stakeholders and the general public should be made aware of it.

e) An action taken report must be filed within a stipulated time.

f) Disciplinary action is a must when problems recur in social audit reports.

Social audit of food served in government educational institutions will be a step towards participatory governance and build trust among citizens.

The question, however, is whether the administration is prepared for such an exercise in accountability and transparency. Often, it is in the willingness to find solutions for collective good that the character of a government is revealed. 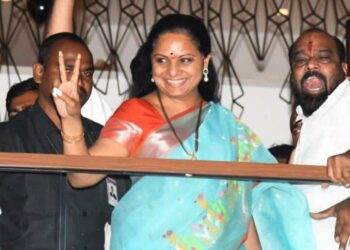 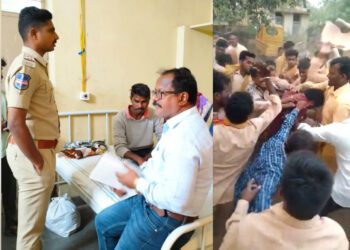 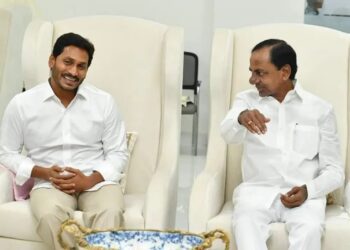 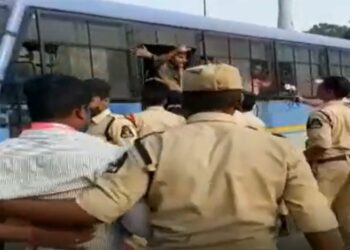 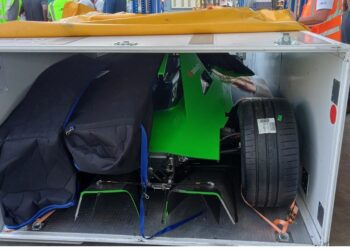 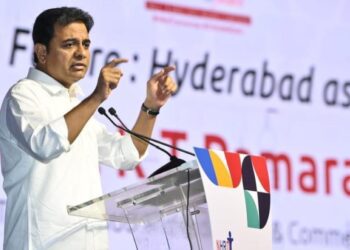 India will be a $15 trillion economy if it has a leader like KCR: KTR at NHRDN national conference

Shape up or ship out, YSRCP tells its MLAs after internal assessment held ahead of polls