Viveka murder: CBI issues fresh notice to Kadapa MP Avinash Reddy, asks him to appear before it on January 28

Replying to an earlier notice, the lawmaker cited scheduled events and sought more time to report to the Bureau's Hyderabad office. 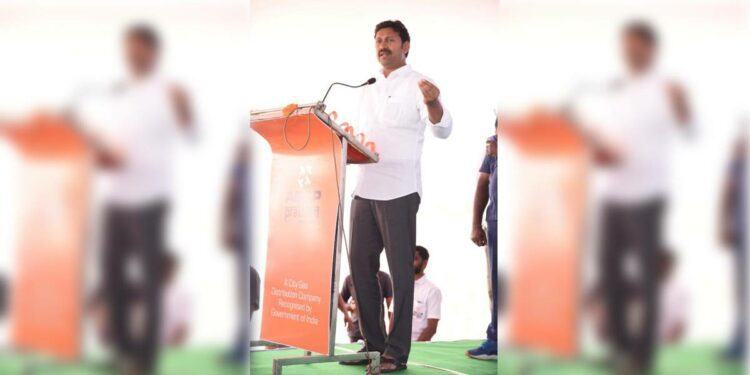 A CBI team probing the 2019 Vivekananda Reddy murder case has issued a fresh notice to Kadapa MP YS Avinash Reddy, asking the YSRCP leader to appear before the investigators on Saturday, 28 January.

The CBI issued the fresh notice on Wednesday, 25 January, after Avinash Reddy sought four to five days more time to report to the team’s Hyderabad office.

The investigators had on Monday, 23 January, asked the lawmaker to appear before the team at 11 am on Tuesday. The parliamentarian sought more time citing appointments that were fixed earlier.

On Tuesday, Avinash Reddy told reporters that the truth would prevail in the murder case. He expressed angst at a section of the media spreading false allegations against him and his family members for the past two-and-a-half years.

Saying that the people of Kadapa know him, he added that his mission is to ensure justice and truth prevailed.

“I pray to God that the truth which especially the media is seeking should come out and those who are making baseless accusations against me should think twice on how it affects one’s family members,” he said.

The Andhra Pradesh High Court transferred the sensational Viveka murder case to the CBI in March 2020.

In a charge sheet filed before the court earlier, the CBI stated that Avinash Reddy, along with his associate Devireddy Sivshankar Reddy, propagated a theory that Vivekananda Reddy had died of a heart attack.

The CBI also said Vivekananda Reddy was favouring YSRCP’s Kadapa Lok Sabha ticket for himself or YS Sharmila, the sister of Chief Minister Jagan or mother YS Vijayalakhmi, instead of Avinash Reddy.

In November 2022, the Supreme Court transferred the trial of the murder case from Andhra Pradesh to the Special CBI Court in Hyderabad.

The transfer order was issued based on a petition filed by Vivekananda Reddy’s daughter, Dr. Suneetha Narreddy,  who expressed fear that the case would be sabotaged.