He wrote to both the DGP and the Chittoor SP, and said that if the cops did not acquiesce, they would have to pay a very heavy price. 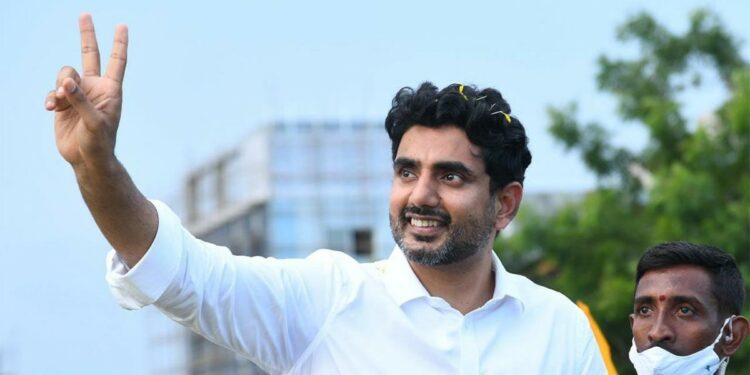 TDP scion and former Andhra Pradesh minister Nara Lokesh is set to launch his padayatra in less than two days, but the controversy that erupted around the issuing of permission for it is yet to die down.

The Andhra Pradesh police on Tuesday, 24 January, accorded permission to the proposed 4,000-km-long padayatra — Yuva Galam — of Nara Lokesh, which is set to begin from Kuppam in the Chittoor district on Friday.

Chittoor Superintendent of Police (SP) Rishanth Reddy on Tuesday said that the police imposed certain conditions, which are common for all public gatherings, and no specific condition was imposed for the padayatra.

However, the TDP said those conditions were ridiculous, restrictive, and discriminatory when compared with past padayatras.

TDP politburo member Varla Ramaiah went a step further. He not only wrote to both the DGP and the Chittoor SP on Wednesday but also said that if the cops did not acquiesce, they would have to pay a very heavy price.

“The restrictions imposed for the Yuva Galam padayatra have come as a deep shock to all the democratic people. The proceedings of the Sub-Divisional Police Officer (SDPO), Palamaner, caused disappointment with regard to the functioning of the police administration,” said Ramaiah in his letter.

“In 2017, the current chief minister of Andhra Pradesh undertook a padayatra in the same Chittoor district, and no such restriction was placed by the police administration under the then state government,” he noted.

“It is highly disturbing, at present, to notice the imposition of undemocratic restrictions by the police administration under the current government,” said Ramaiah.

He also said Chief Minister YS Jagan Mohan Reddy was almost trembling at the mere mention of the name of Lokesh.

Claiming that the conditions laid down by the Palamaner Deputy Superintendent of Police (DSP) appeared to be ridiculous, Ramaiah demanded that the DGP clear all the hurdles for the padayatra.

“If the traffic regulation, crowd control, and maintenance of law and order, besides the usage of ambulances and the fire services, are done by those who are supervising the padayatra, what will the police and the state government do? What is the duty of the police?” the TDP politburo member asked the DGP.

He said he was also making a request to the Chittoor SP to review the conditions for the permission given by the Palamaner DSP and clear all the issues.

Ramaiah said he felt that the police department did not appear keen to see to it that the padayatra be undertaken in a peaceful manner.

“Did the police behave in a similar manner when Jagan’s sister Sharmila and their father, the late YS Rajasekhara Reddy, were on their padayatra?” he asked.

Referring to the condition that only a single mike be used during the padayatra, he asked whether Jagan also used such equipment during his rallies.

Permission given as per SC rules: Cops

However, the Chittoor police on Wednesday said the permissions given to Nara Lokesh’s padayatra followed the rules and regulations set by the Supreme Court, and the apex court’s directions applied to all political parties as per the law and the Indian Police Act.

The cops said that clearly mentioned rules and regulations should be implemented while organising marches, protests, bandhs, or hartals.

The rules were non-prejudiced and non-discriminatory, they added.

“These rules and regulations were implemented by different parties and leaders during their respective political programmes,” said the police.

Permissions taken in the past, during Jagan’s Padayatra in 2017, the same rules and regulations were applicable today, they added.

“Even during the initial days of Jagan’s padayatra, the police authority granted permission and clearly stated that the provisions of the Supreme Court verdict of 2007 during the trial of a suo motu case was to be implemented,” said the Chittoor SP.

As per the prescribed rules, permissions had to be obtained from the concerned district police official when entering the district.